Thoughts on a Big Rejection

I got the dreaded “skinny email” yesterday. The two quilts I entered into Quilt National were both rejected for the prestigious show.

This was the first time I have entered Quilt National since 2010 and I worked hard on my entries. Both of them are larger than I’ve worked in a while and they have intricate free motion quilting to create interesting textures.

Rock Cairns, the featured image, is 48″ wide x 45″ high. It’s the largest piece I’ve attempted in this series featuring improv blocks surrounded by curved strips, and it has pebble stitching and wavy lines, plus an uneven edge at the bottom. 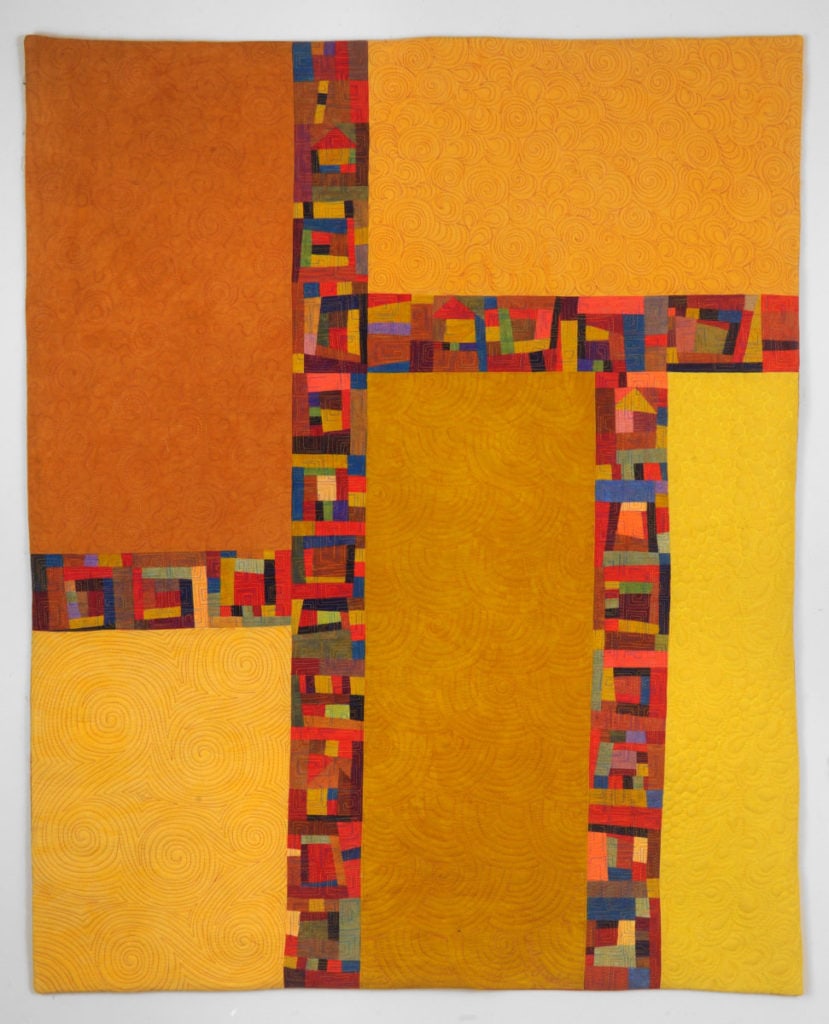 Uneven Bars, above, is a new idea–more improv blocks set in horizontal and vertical rows, with backgrounds of different shades of gold and different stitch motifs in the plain areas.

Curiously, the sting of rejection isn’t as harsh as I expected it would be. The email said there were over 700 entries for 85 spots. Not great odds to start out with, and I’m in good company, from some of the posts I’ve seen on Facebook from my artist friends. 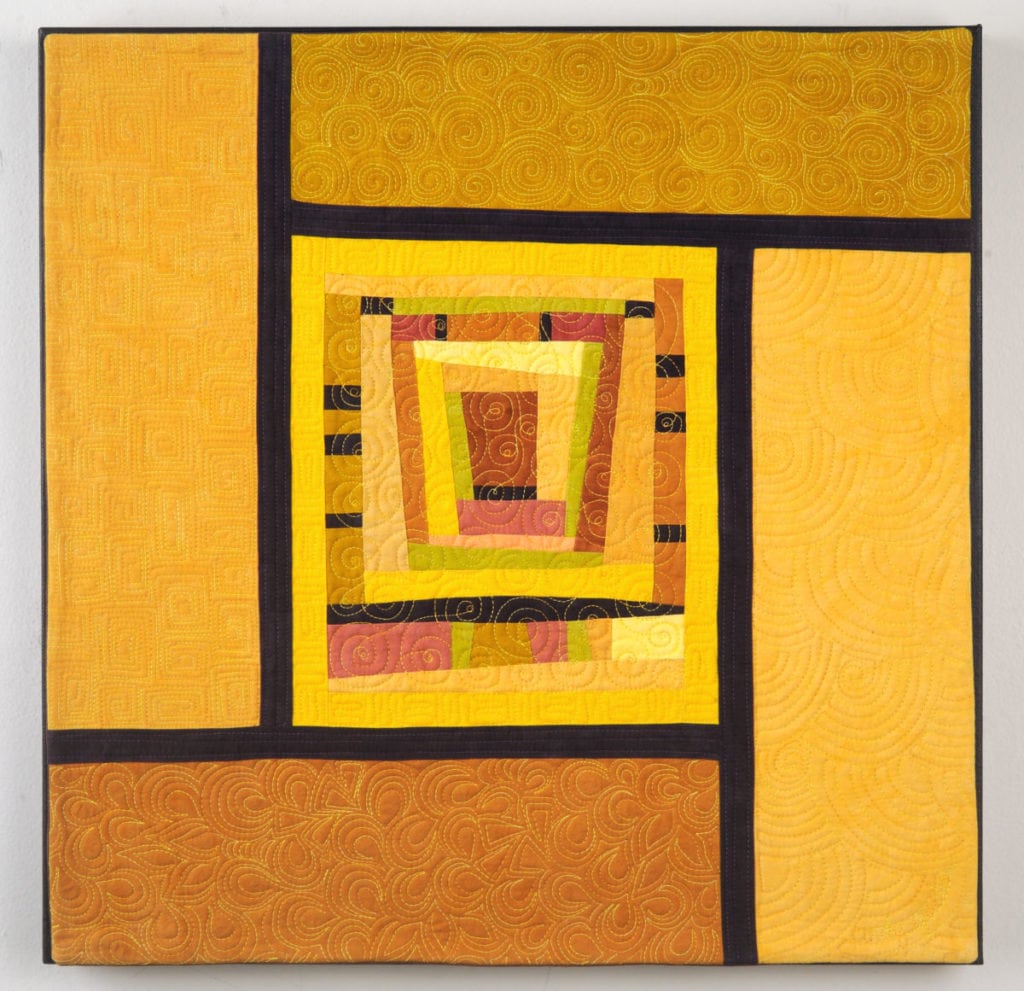 Maybe it has something to do with the other rejection I got earlier in the summer for Wildflower Honey. I wrote about that in my most recent newsletter. That rejection did hurt a lot, and I wasn’t sure whether to show the piece again. But it got such an outpouring of positive response when I wrote about it and posted it on Facebook and Instagram, that I realized it wasn’t rejected because it wasn’t good, but because it didn’t fit into the juror’s vision for that particular show.

I suspect the same is true for my QN entries. I’ve seen snippets on social media of a few pieces that were accepted. (QN rules don’t allow the work to be shown in its entirety before the show opens next year.) These pieces are all very different in feel and execution than my entries.

So the bottom line is that I have two new pieces that I’m really happy with that are available to put up in my show booth or enter into other exhibits where they might be a better fit. I’m choosing to think positive!

What do you do about rejection?