I’ve been working on a new large wall hanging for the last several months. It’s finished and I can finally share it!

The plan was to try and combine my love of Improv Blocks and large scale freehand cut curves. I started with a group of Improv Blocks that used mostly bright solids and a few of my favorite batiks from TurtleHand Batiks for accent. 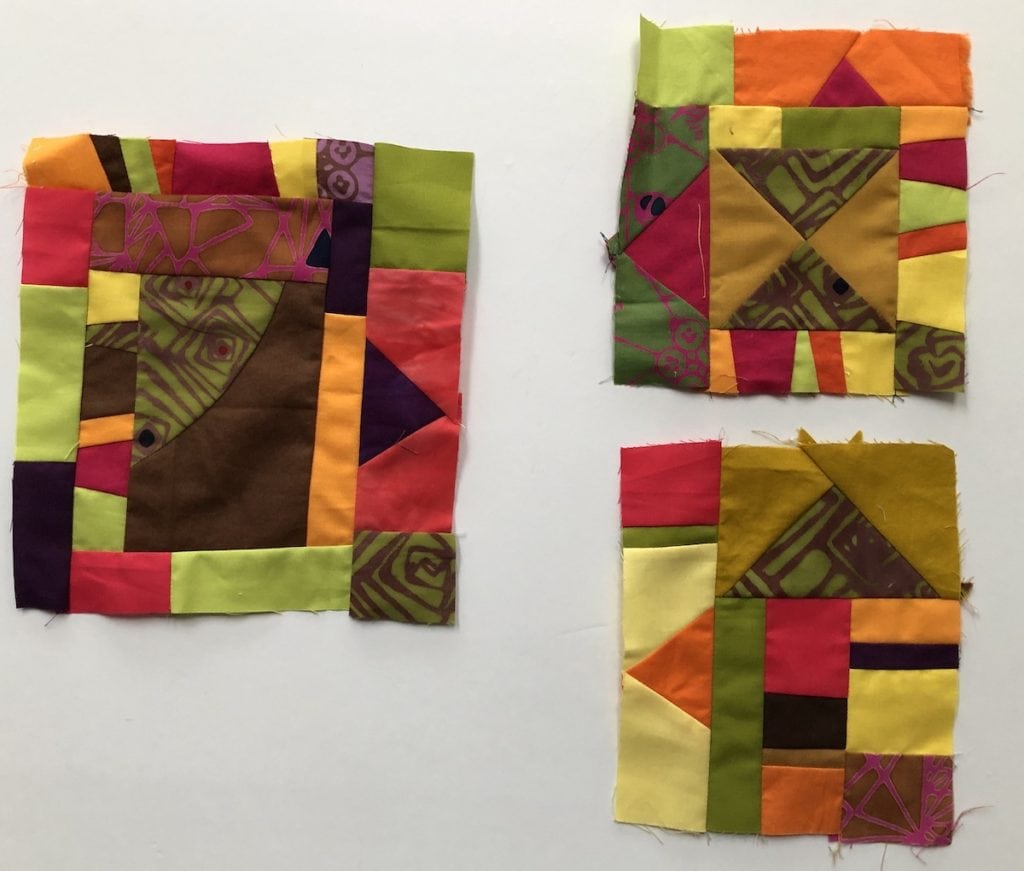 I laid the blocks out on the design wall, then auditioned chunks of other fabrics to get a sense of where the design should go. This idea was too dark and had too many color changes–the background competed with the blocks instead of enhancing them. The blocks in the upper right were left over from another project and weren’t meant to go in this one! 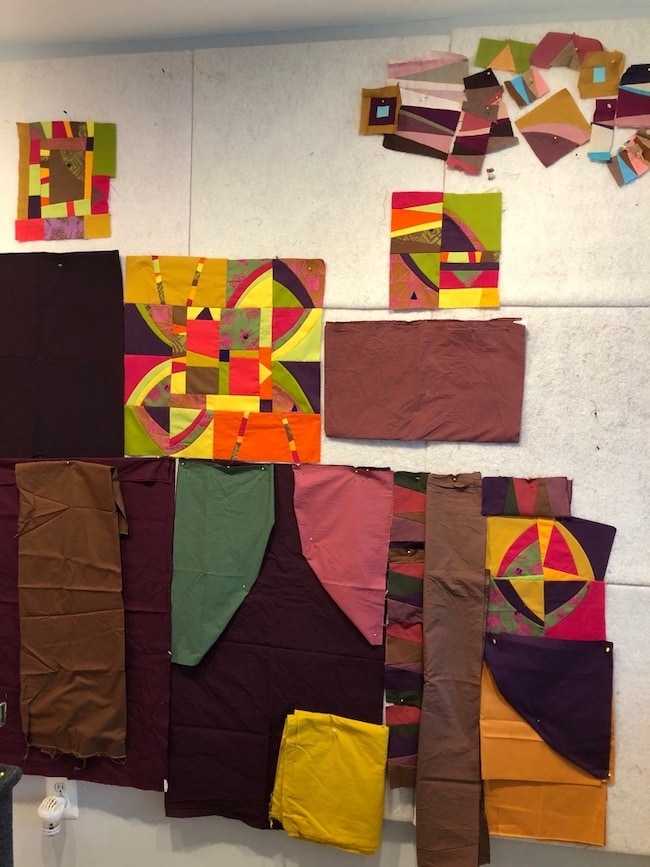 I wasn’t really sure what colors should go in the background–here’s another option. 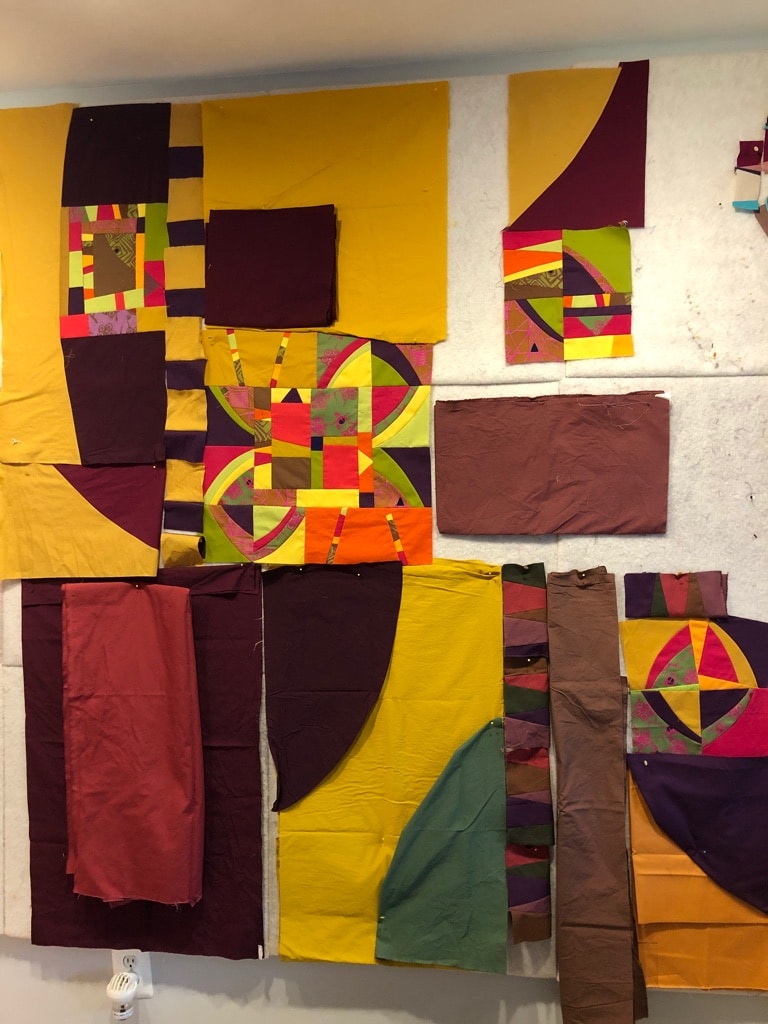 The dull gold was much better, so that’s what I went with. I used three different golds and three different red purples in the background to make it more interesting. Then I experimented with the size and placement of the freehand curves, paying special attention to how the negative space read to eye from a distance. Often we focus solely on the figurative space of the blocks and other elements, and don’t pay enough attention to the negative space in the background.

I’m especially happy with how the negative space in the upper right corner has interesting lines and shapes. 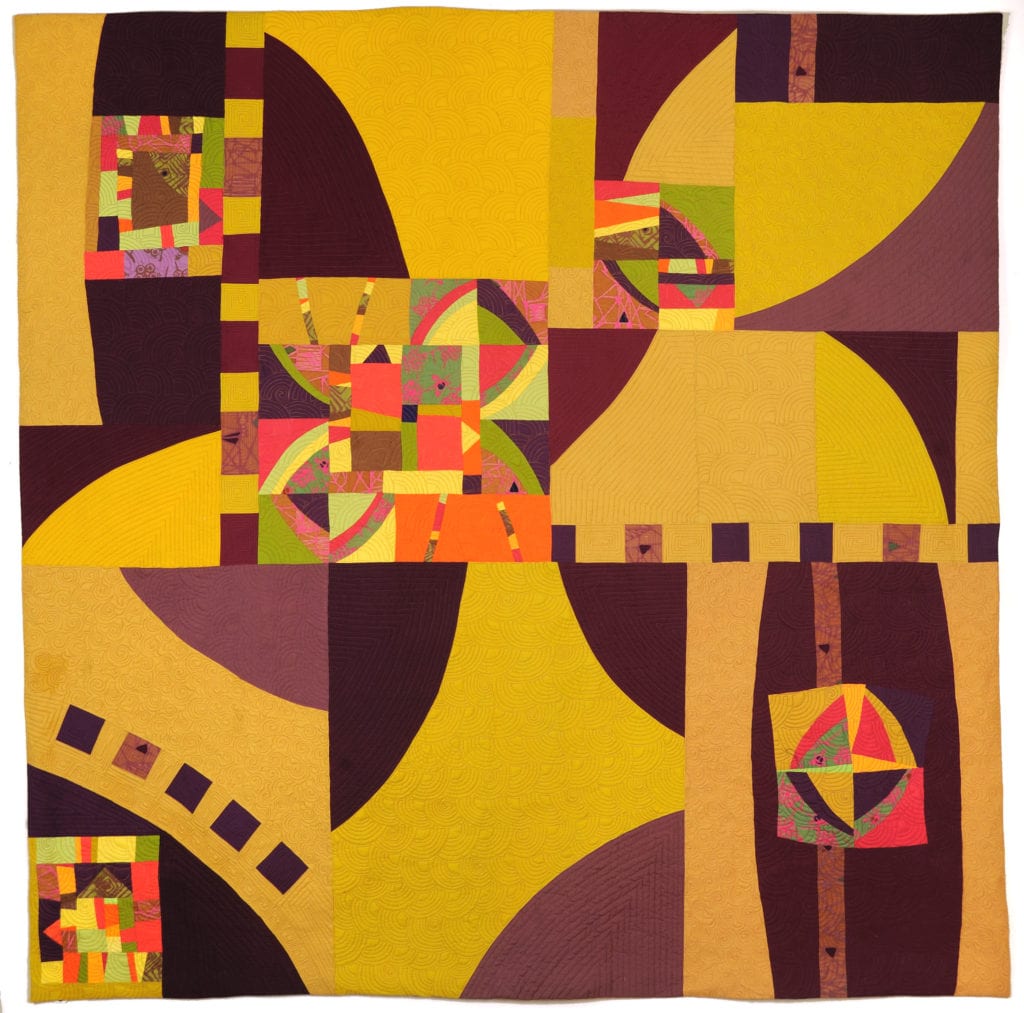 The three checkerboard areas in the design were a late addition–again as a way to activate the negative space. I originally thought they would be different colors than the background, but I liked the shapes created by using the same background gold as one of the colors. There are some print blocks as well.

When it came time to quilt this one, I had the idea that I would use echoing lines in the gold and red purple background shapes. But this is a large piece–about 65″ square–and the stitching lines were difficult to execute properly and didn’t create the energy I was looking for. I kept some of them in, but decided to switch to free motion motifs in most of the large areas. My students often ask me how I decide which motifs to stitch where, and this is an example of being willing to change your mind if your original idea doesn’t look the way you thought it would. I have a number of motifs that I like–fans, various kinds of spirals, pebbles–and I pick and choose depending on the space I want to cover. In this quilt, I tried a new-to-me spiral with hook motif that worked very well. 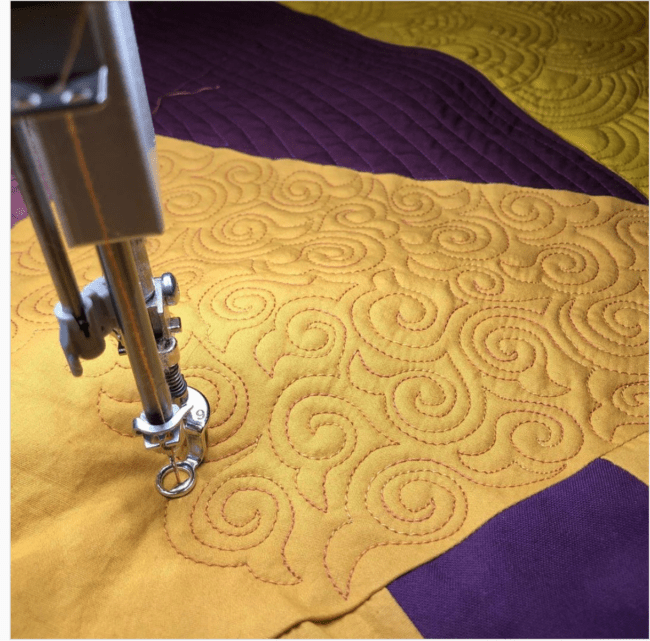 Here are a couple of other details. 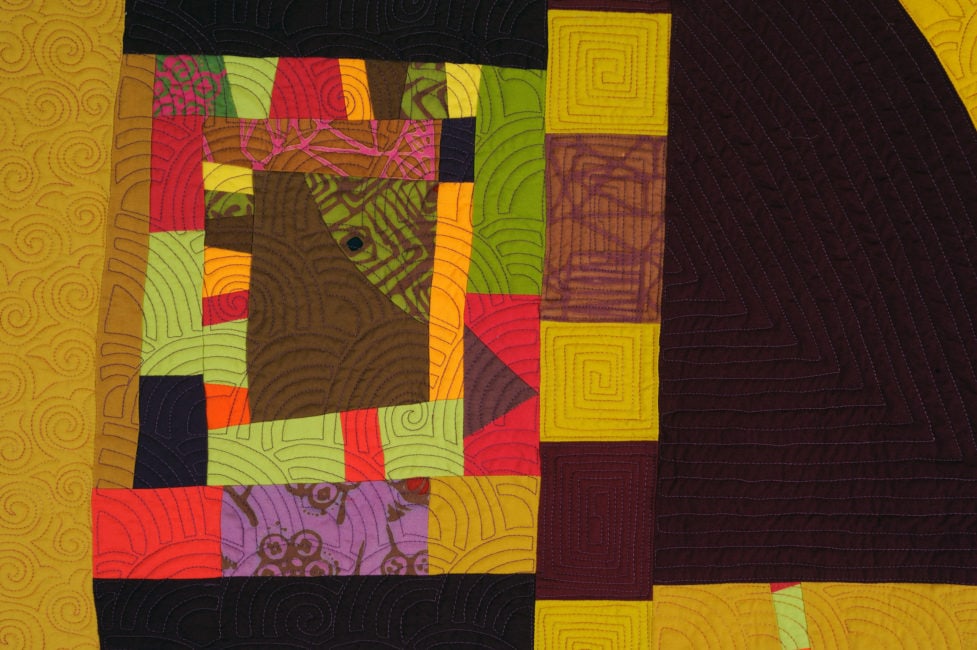 I stitched fans in the patterned areas and square spirals in the checkerboards. I think it’s important not to overwhelm the space with too many different motifs. 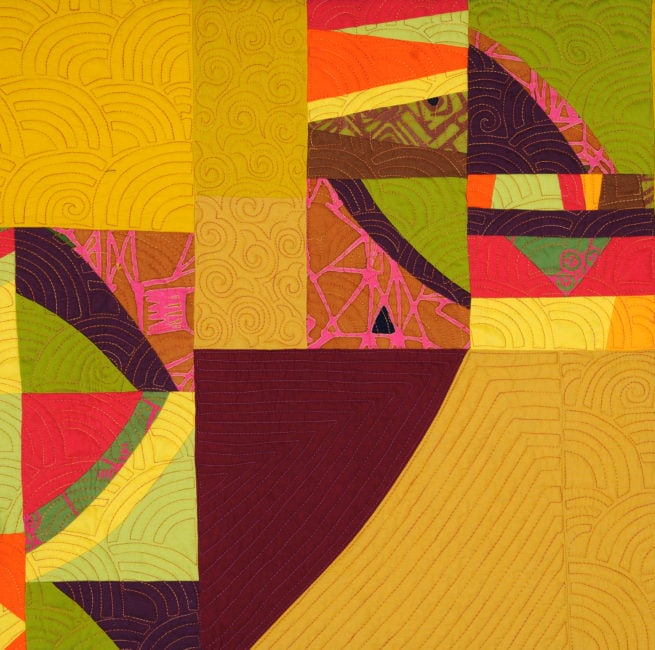 The detail above shows the original  echoing lines in the gold area on the lower left.

I entered this quilt in Quilt National, but it didn’t get in. And that’s OK. Although I’m disappointed, I’m happy with the quilt and it will be available now to enter into another show somewhere else. I wrote a blog post several years ago about rejection, and it’s still true. You can read it here if you’re interested: https://cindygrisdela.com/2016/09/24/thoughts-big-rejection/

I expect to continue to explore this new idea in another quilt, perhaps with brighter colors. Stay tuned!