Over the past year, I’ve been playing with the idea of large multiple cut curved blocks. The motif is simple–take a stack of blocks and cut random curves out of three of the four corners, shuffle the blocks and sew. 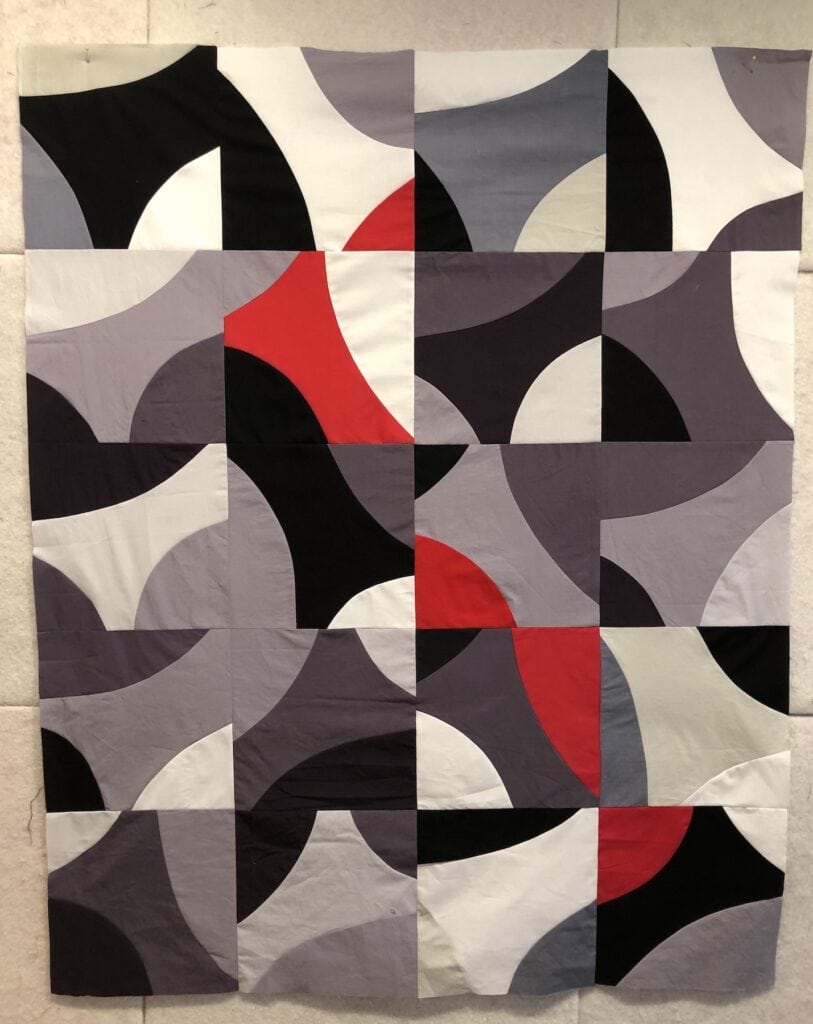 Red Scarf, above, was the first one. I made it in grayscale to see if the idea would work. I showed it to my son, who’s got a great sense of color and design, and he suggested adding in some red to give the impression of a red scarf blowing through the wind. I liked the concept, so I took some of the blocks apart and replaced one of the curves with red. Then I rearranged the design so the red curves flowed through the design. 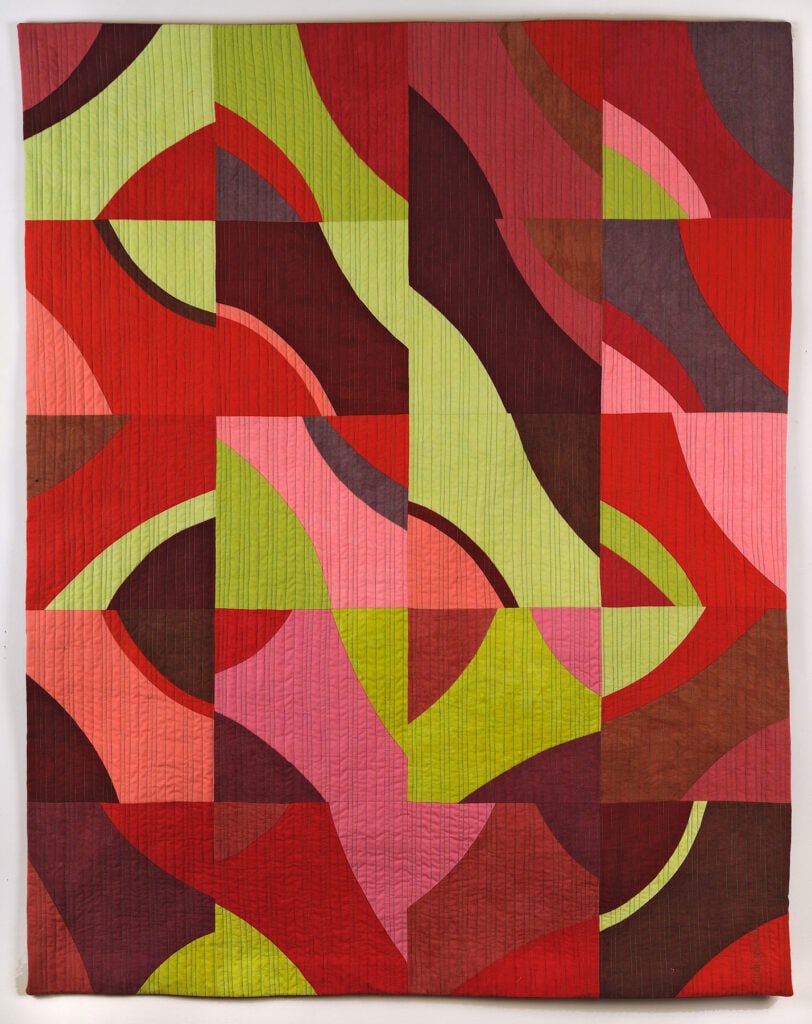 With Green Shoots, I added color and tried making some different cuts in some of the blocks so I had some skinny lines. There are several different reds and greens going on, which I think adds to the energy. One thing I liked about the first piece was the way the curves made new shapes when two curves of a same or similar color ended up next to each other. So I tried to emphasize that in this piece. 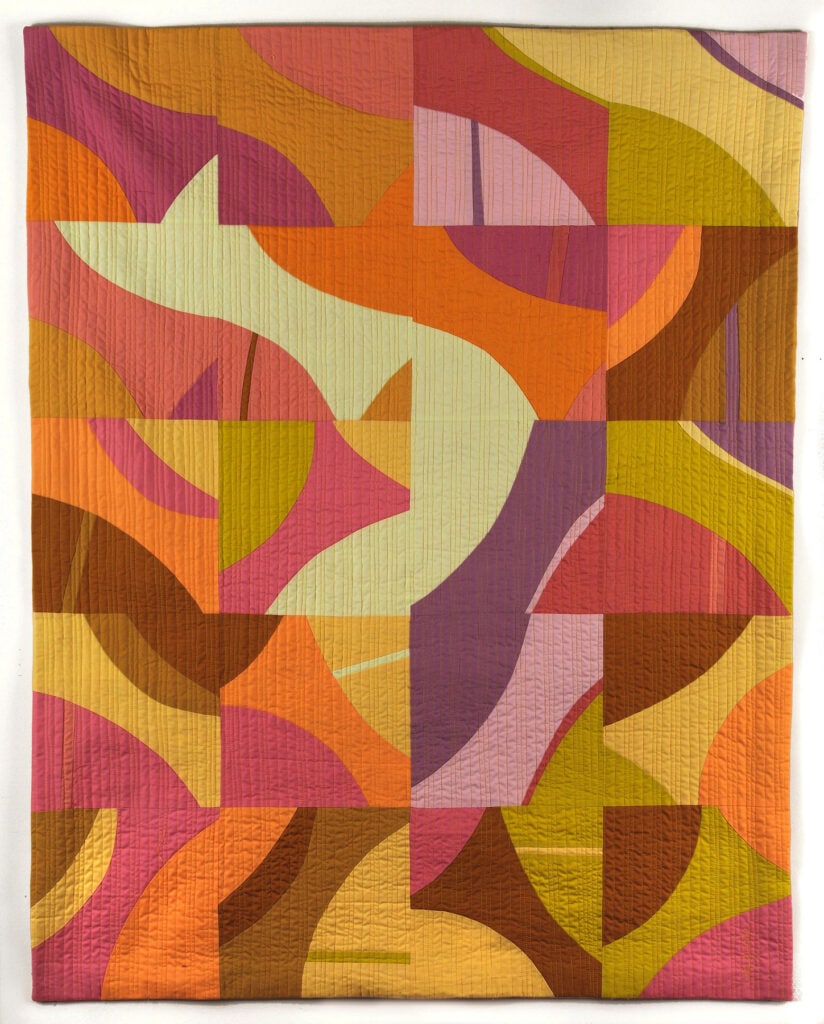 The last one is Taste of Summer. This one has more colors–yellow, gold, pink, orange, purple, and bronze. And I added in some narrow rectangles in some of the blocks to create some new lines and shapes in the composition. Again I focused on the shapes that formed by putting curves of similar colors next to each other, like the large light yellow shape in the upper left.

Each of these quilts is about 40″ w x 50″ h. The first one isn’t quilted yet, but the other two have irregularly spaced vertical lines stitched in. Since there was so much activity in the design, I decided that the lines would enhance the composition better than adding freemotion quilting motifs into the mix.

This was an interesting exercise to take one motif and see how I could explore it in a series of quilts, asking “what if?” with each new piece to introduce a new idea. I have a few other ideas about changing up the size of the blocks, adding some new lines, and trying some new colors, but this is it for now!

Do you work in series? How do you change things up as you progress through the process?