This past fall has been quite a whirlwind with travel for shows and teaching, starting in a new cooperative space at Fiberworks Studio, plus shooting three segments for Quilting Arts TV that will air in 2018!

And somewhere in there I decided it was time to revamp my website.

Unfortunately all that meant that time for blogging was in short supply. So in the last couple of days of the year, I’d like to look back at where I’ve been, before moving forward with new plans for the new year.

The featured image above is a collage of the nine most liked images from my Instagram feed in 2017. I’m @cindygrisdelaquilts if you’d like to follow me there too. 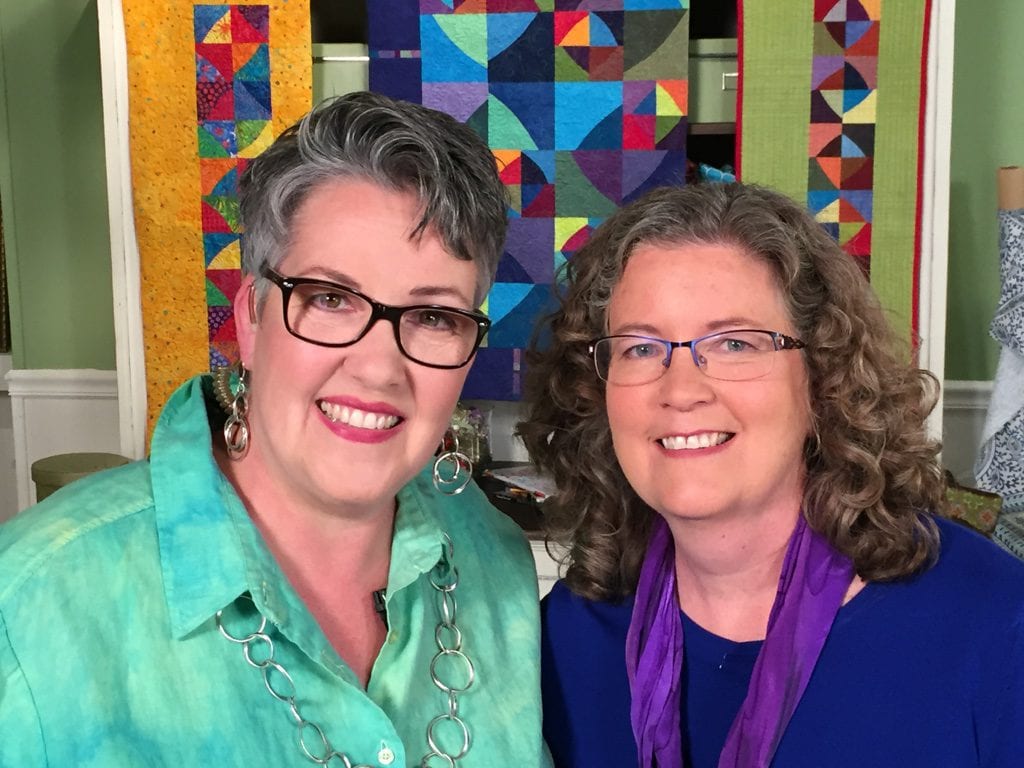 Maybe the most exciting thing I did was go to Cleveland, Ohio to shoot three segments for Quilting Arts TV. QATV airs on PBS stations, and the upcoming 2100 season is due to begin in January 2018.

I’d never done a TV appearance before, so it was all new to me–preparing my demonstrations, makeup, working with the producers to get the flow right, chatting with the host, Susan Brubaker Knapp, on set as I worked. Plus bringing three changes of clothes for each of the three segments! 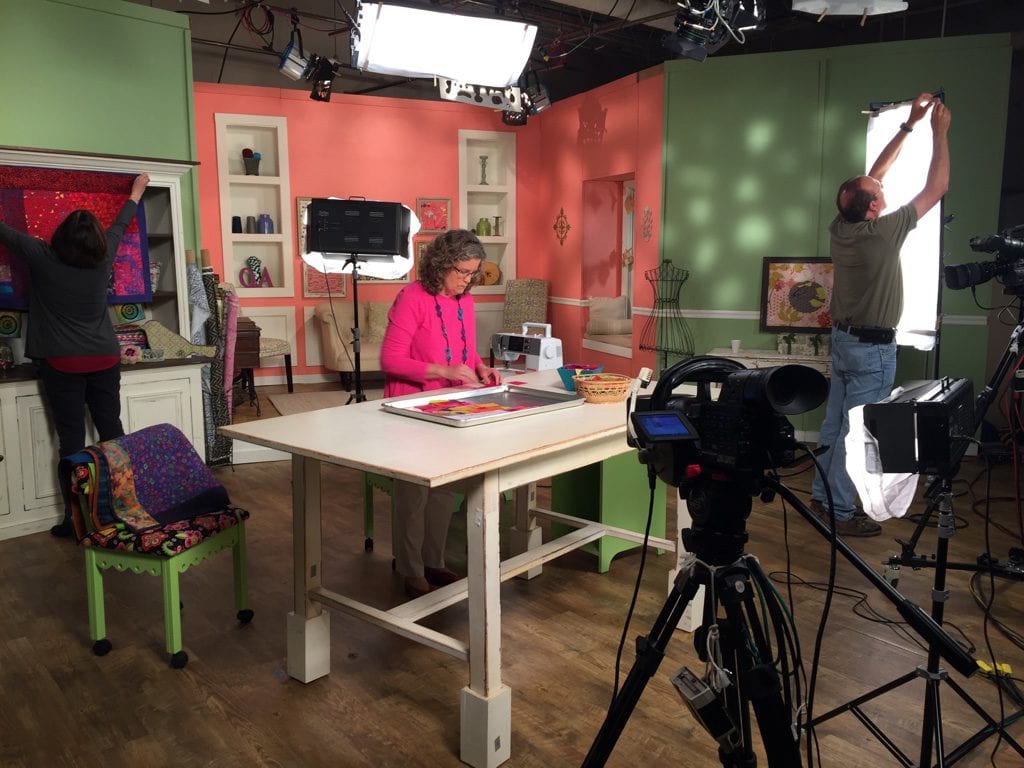 It was a ton of fun and not nearly as intimidating as I imaged it would be. Everyone was friendly and helpful and I felt like I was just chatting with friends–plus I met some other amazing quilt artists. I was able to preview some of the final footage recently and it turned out pretty well, I think!

My segments are in the first epsiode–2101 on Curved Piecing and the fourth episode–2104 on Improv Blocks. The third segment–on traveling on the art show circuit, will air in 2019. Check your local PBS listings for times near you. Or you can purchase the entire series here.

I did a lot of teaching this fall and had a great time visiting various quilt guilds and sharing my work and my book. But the big stretch for me was teaching for the first time at the International Quilt Festival in Houston, TX in November. 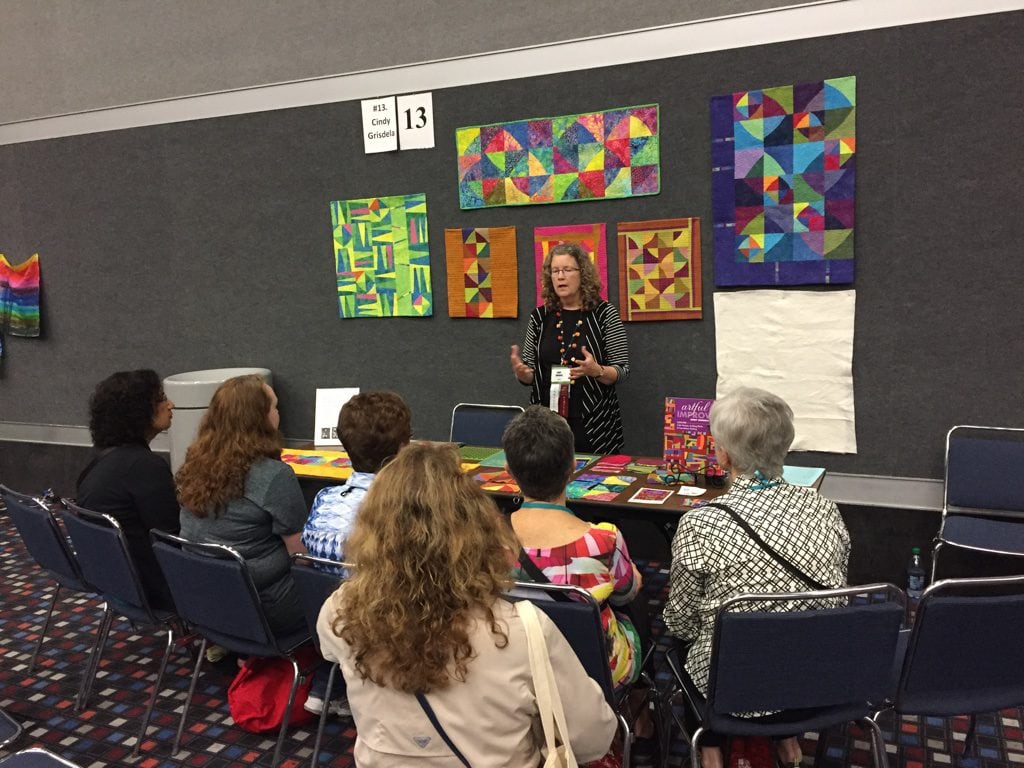 The Quilt Festival is definitely one of the biggest quilt shows in the country and it’s a great honor to be asked to teach there. I taught two classes–one on Curved Piecing and one on Improv Color Blocks–and did several demonstrations and open studio events. 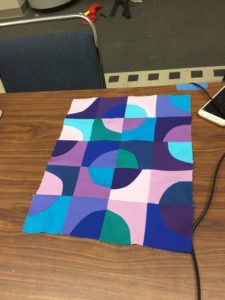 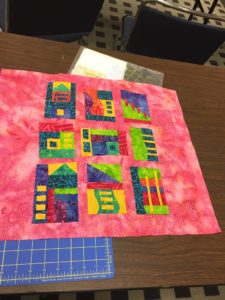 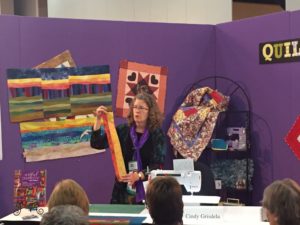 And I had so much fun seeing old friends and meeting new ones! It was great fun signing books with my friend and fellow author Maria Shell. 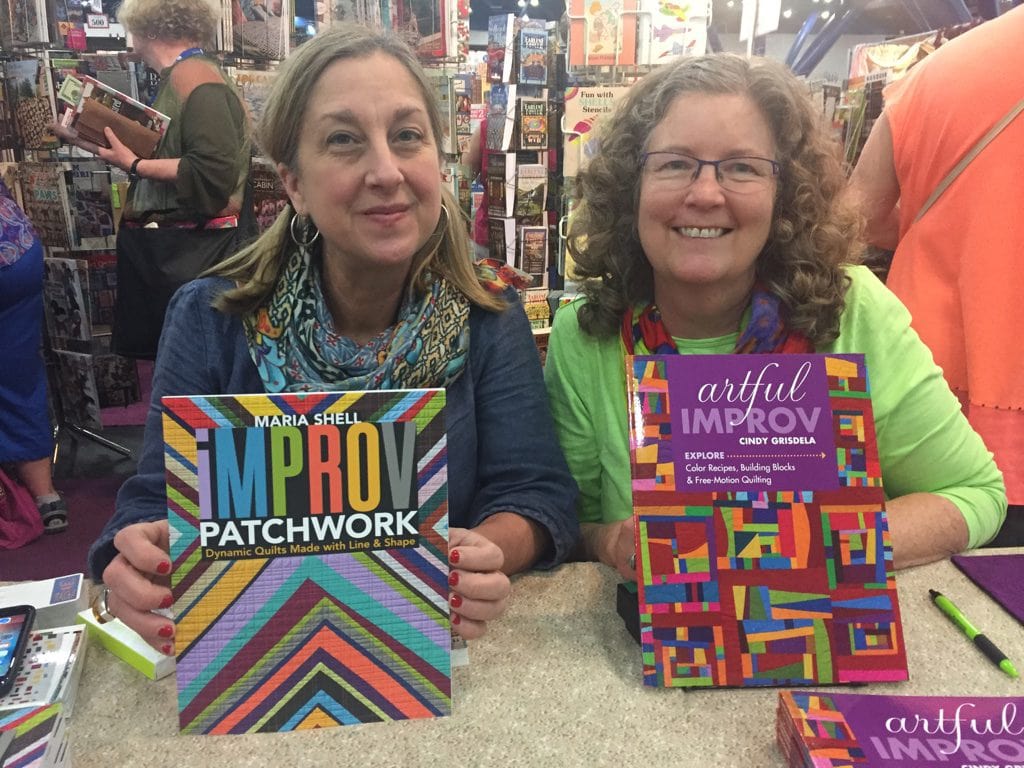 I did seven shows between the end of August and Thanksgiving–some close by, like the King Street Festival in Alexandria, VA in September, and some far away, like the Art in the Pearl show in Portland, OR. I wrote about my experience at the Rio Grande Balloon Festival in Albuquerque in October here. One highlight of the show season was winning an Award of Excellence at the Downtown Art Festival in Gainesville, FL in November. 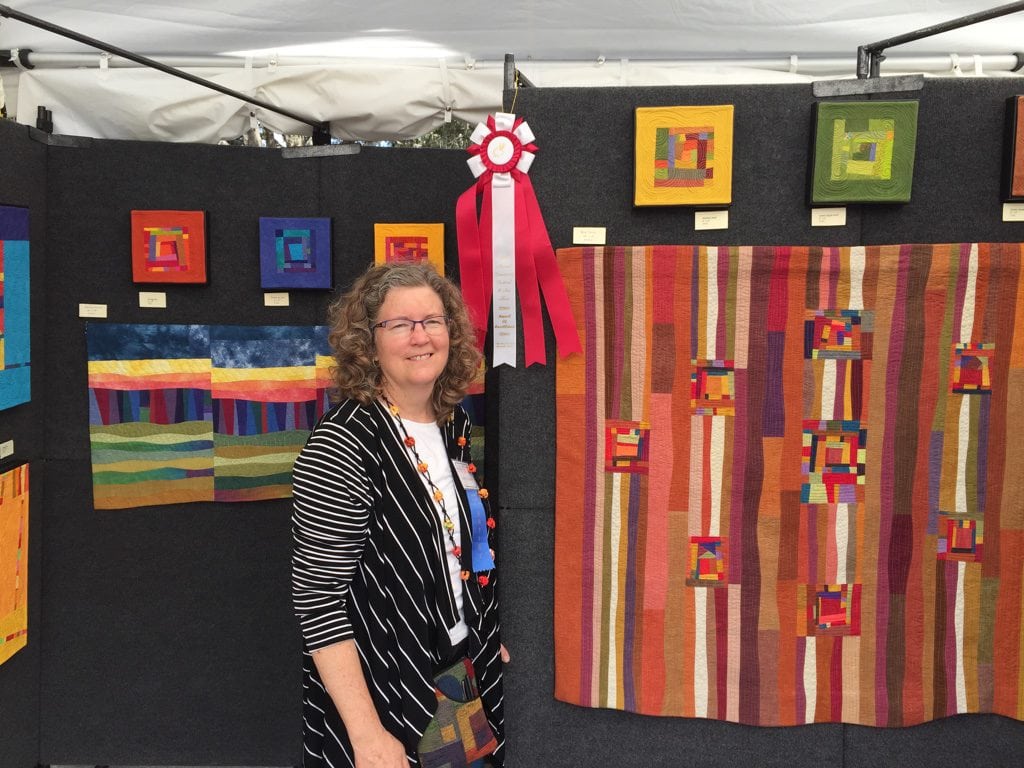 Award of Excellence at the Downtown Art Festival in Gainesville, FL 2017 – Cindy Grisdela

I was juried into the Fiberworks Studio at the Torpedo Factory in Alexandria, VA earlier this year and began working there in September. I’m there about four times a month from 10-5 working. 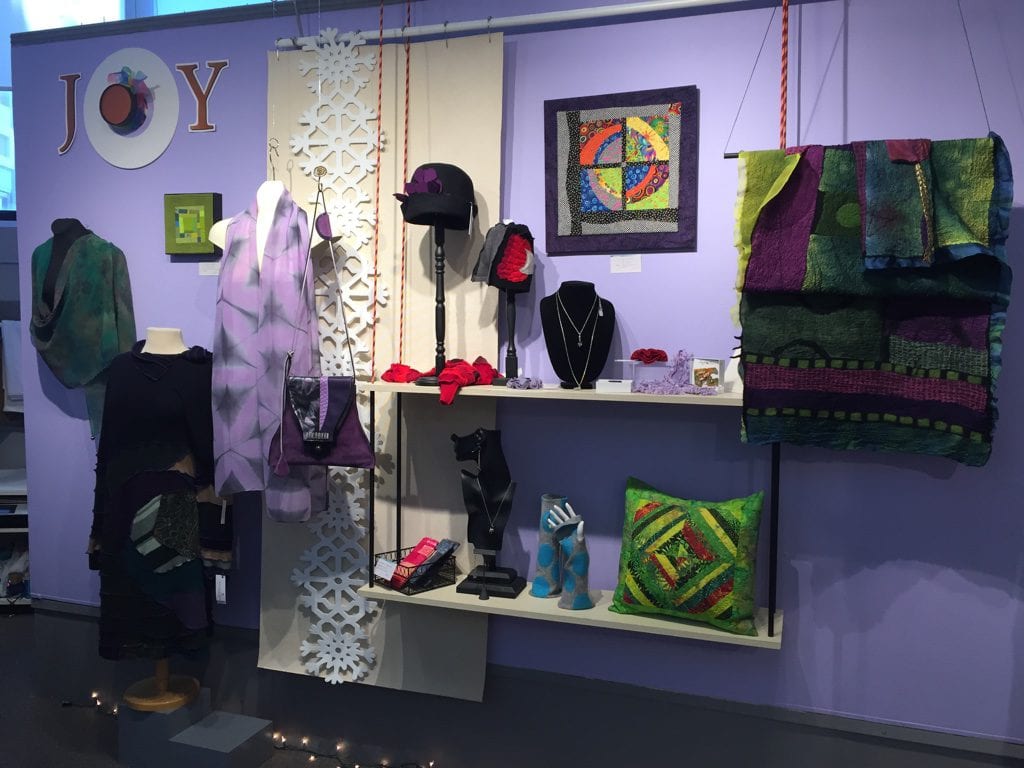 The above photo is of the back wall of the studio showing representative work of each of the eight artists. I wrote about it earlier this fall here if you’d like more information. It’s a fun place if you’re in the area and have a chance to stop by.

If you’ve visited in the last few months, you may have noticed that things looked a little different on the website. I decided that I wanted a simpler, cleaner look than I had in the past, in addition to being something that I could maintain on my own. Although I’m happy with the overall outcome, as usual I bit off more than I could chew in the time I had available. There are still a few glitches that I’m working on–I guess all websites are works in progress.

Thanks for reading all the way to end of this long post! As always, I love to hear your comments.